Anveli Dental - Risks and dangers of the basal implant

Risks and dangers of the basal implant

Is the basal implant dangerous?

Is the basal implant viable, dangerous? In order to respond in the most transparent way, a structured response is necessary. Like any medical intervention, zero risk does not exist - even when placing basal implants. However, mastery of the technology and respect for the protocol allows success rates of over 99% to be obtained.

In order to benefit from such a success rate, several factors and conditions must be met.

The Anveli expertise service has carried out several studies on several thousand patients who have benefited from basal implantology, which today allow us to have an objective look at the real dangers and risks and thus isolate the major causes of failure in basal implantology.

Studies on the basal implant

The study service of the International Implant Foundation provides visibility on the results obtained by Prof. Ihde. Thus for this study, a total of 394 patients who carried out their follow-up visit were They received a total of 4570 basal implants. The study indicates the state of health of the patients (smokers, diabetics, hypertension, etc.) and the type of basal implant placed.

In this study, we also come back to the different types of corrections that were necessary. Simple discomfort, pain, or mobility of the implant. This study summary takes as references several official studies carried out by the International Implant Foundation, Prof. Scortcetti and Dr Cooper A.

Request an expertise for basal implantology

Risks of the basal implant by our specialists

Result of the study on the risks of the basal implant

The results of the study on 4570 basal implants and 394 patients followed provide the following clinical analyzes:

Corrections made due to postoperative problems

For all the cases studied except one, the correction could be carried out in a single step by removing the implant and replacing it. In one case, two visits will be necessary in order to correct the encountered problem.

The overall success rate of basal implants placed in the jawbone is 98.9%. The success rate of the overall operation after correction rises to 99.8% in the patients studied. not having wished to proceed with the replacement of an implant was considered to be a failure.

We will note several important details which have been brought to light by several major specialists in basal implantology. No case of peri-implantitis has been observed and the failure rate is not greater in smokers, diabetics, and patients with hypertension.

Among the post-operative problems encountered, we note that it is on the prosthetic part that the risks are highest. We thus find the following problems:

Among the rarer risks we find:

Operation of the basal implant

Other complications of the basal implant

Note that only the Ihde Dental and Biomed brands are patented. Remember to request your certificate of conformity after placing your basal dental implants.

FAQ: Risks of the basal implant

Is the basal implant dangerous?

No, when it is performed under good conditions by recognized experts, the risk is minor. Basal implantology is a complex technique that requires great knowledge and specific equipment. We note the very good rate of the success of the basal implant whether it is performed on a single tooth or on complete restorations of the jaw. by having the appropriate equipment.

I have read conflicting opinions about the basal implant, are they true?

If I have a problem with a basal implant, who can follow up?

It is customary to carry out the post-operative follow-up in the clinic where the dental implants were placed. This applies to basal implants as well as to traditional dental implants. It is very rare for a surgeon -dentist agrees to make corrections (even within the same country and even at a cost) on dental implants that he has not himself placed. And this for obvious reasons of liability. However, with 6 clinics dental in Europe where Prof. Ihde operates, in case of post-operative problems you can make these corrections in the dental clinic closest to you as in Switzerland for example. No overcharging will be requested.

What are the risks of having an operation abroad?

When the care is carried out in Europe or in a country whose safety and responsibility standards are the same as within the European Union, there is no more risk of encountering a bad dentist only in France, Belgium or Switzerland Bad dentists are unfortunately found in all countries The specialists operating within Anveli have all been selected by Prof. Ihde to be part of his teams in which there are world champions, promotion masters or teachers at the IIR.

Thanks to all its commitments in favor of the quality of care, Anveli Dental is recommended by the French Embassy, ​​that of the United States and has benefited from various reports on French magazines such as Gala or Marie-France .

What measures are taken to avoid infections?

After the operation, a CT scan ensures that all basal implants are correctly placed to avoid complications. The risk of infection and complications from a basal implant is very low when this the latter is correctly placed and stabilized by the 2 bony cortices (see the operation ). perfectly stabilized, it will be immediately replaced or corrected.

What to do if a dental implant is infected?

Despite all the checks and precautions taken during and after the operation, postoperative problems linked to infection may occur in 0.1% of cases. It will then be necessary to inform the service of Anveli assistance available 7 days a week. They will offer you an appointment at the dental clinic of your choice in order to correct any problems. Anveli care guarantee is guaranteed for 10 years on the implants. .

Is there sufficient distance on the basal implant?

Yes, strategic basal implantology (latest generation) was invented in the 90s by Prof. Ihde. For about thirty years Prof. Ihde himself placed nearly 60,000 basal implants, which allowed him to refine the technology and the protocol in order to make them as safe as possible. Today the success rate obtained is the best for the treatment of complete jaws and large segments.

Is it risky to place dental implants immediately after tooth extraction?

No when done with a new generation basal implant. They are designed for that. Studies from the International Implant Foundation even show a significantly higher success rate of immediate implantation because the bone only suffers one trauma instead of two. Also, the smooth titanium surface allows any impurities present in the post-extraction pocket to be naturally evacuated along the surface of the basal implant.

No, in basal implantology , that is to say the immediate fixation of the prosthesis must It must be performed within 72 to 96 hours after the operation.The prosthesis will act as a stabilizer and a force distributor on all the basal implants. In this way, the load exerted on each implant is minimal. This is still one of the many differences that can give rise to many questions from patients since in traditional implantology we strongly advise against this practice, which runs a significant risk of rejection.

Basal implantology clinic in France. Basal dental implant, why such a delay? Prohibition, price and certification.

The risks and dangers of the basal implant 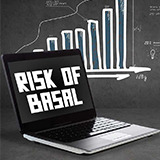 What are the risks and complications of the basal implant? 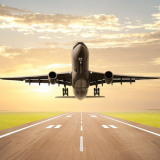 Dental tourism service for the organization of dental care abroad.

Placement of a bone-less dental implant 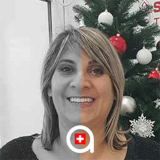 How to place a dental implant without bone? The result in 3 days!